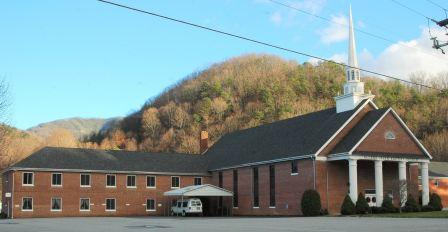 The church also became a member of the Western North Carolina Baptist Convention.  This convention met in Hendersonville.  It had a paper similar to the “Biblical Recorder” which was printed weekly.  This four-page paper was known as “The Asheville Baptist”.  It was devoted to the interests of the denomination in this section of the state.

“May the Lord help us to do all things for Christ’s sake.”

The Church Covenant recorded in an old church roll-book reads:

“We the members of Allens Creek Church agree on the articles of faith, and do for and in behalf of each other, covenant and agree and give ourselves up to each other in church and Christian fellowship in order to keep up the unity of the Spirit in bonds of peace, and to assist each other in all matters of distress and pray for each other’s prosperity.  Amen.”

Out of the church’s desire, “to keep the unity of the Spirit”, the church practiced discipline of its members.  The early records show that members were brought before the church for “the use of profanity”, “cussin”, “unchristian conduct”, “attending a frolic”, “dancin”, and “drinking spirituous liquors”.  The church records show that they were eager to reinstate a brother or sister who apologized to the church for the error of their ways and the shame brought upon the church.

THOSE WHO HAVE SERVED ARE: